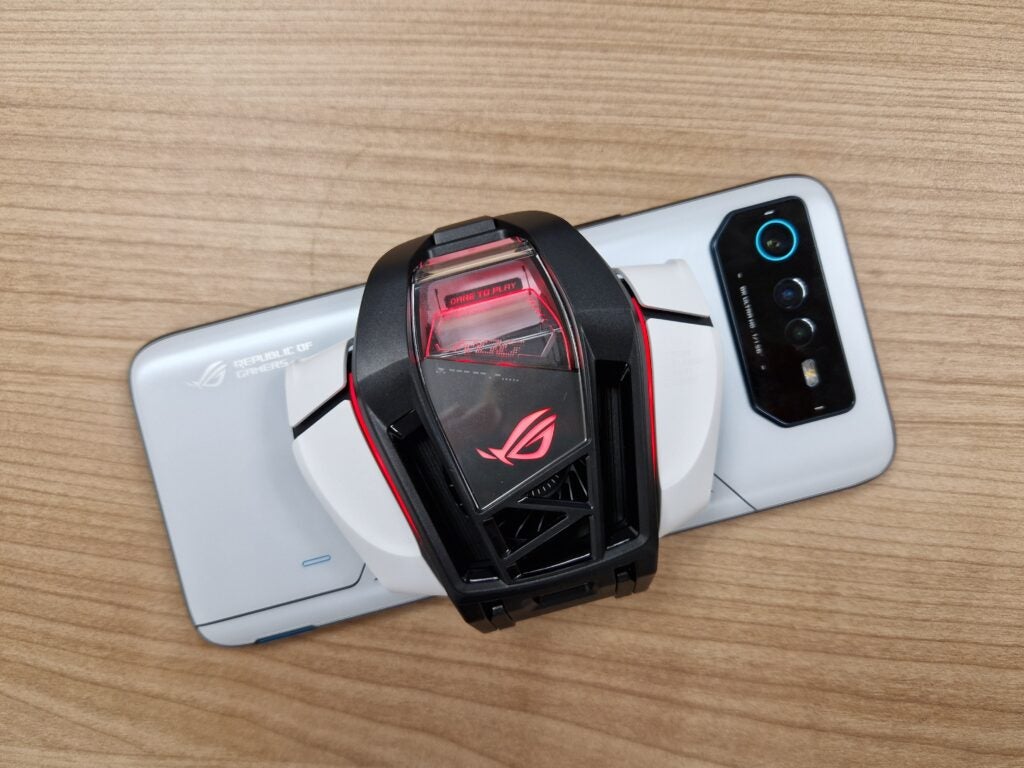 Last year, the Asus ROG Phone 5 turned out to be one of our favourite gaming phones yet, while I can attest to the quality of the extravagantly specced and priced ROG Phone 5s Pro.

They’re generally quite similar, with the same 6.78-inch Samsung AMOLED display packing a 165 Hz refresh rate and a 720 Hz touch sampling rate. Asus is calling it the ROG brand’s best display yet.

You also get the same high-end Snapdragon 8 Plus Gen 1 chip powering both phones, as well as the same improved GameCool 6 cooling system. The key performance difference is that the ROG Phone 6 Pro can be specified with up to 18GB of RAM, while the vanilla ROG Phone 6 can ‘only’ go up to 16GB.

Both phones come with the same improved dual front-facing speakers with more natural bass (once again tuned by Dirac), as well as a new high-end X-axis vibration motor for improved haptic feedback.

The two phones are IPX4 certified (meaning splashproof) and have Gorilla Glass Victus to the front. They even have the exact same dimensions of 173 x 77 x 10.3mm, and the same weight of 239g.

While the ROG Phone 6 comes in either Storm White or Phantom Black, however, the Pro only comes in Storm White. Conversely, the ROG Phone 6 Pro gives you a nifty ROG Vision color PMOLED display on the back, which shows customisable animations. The plain ROG Phone 6 only has a fixed illuminated RGB ROG logo.

Key to both phones (and any decent gaming phone) is the physical control provision, and here that means an improved AirTrigger 6 system that lets you map and increase fourteen specific touch points on the screen simultaneously.

Add in the separate AeroActive Cooler 6, and you can take that count up to 18. The clip-on fan provides four additional physical trigger buttons, which is up from two in the last iteration, alongside a kickstand.

Among the usual optional peripherals, Asus is supplying the updated ROG Kunai 3 Gamepad, which has a new bumper that supports the ROG Phone 6 line.

Both phones offer plenty of juice from their dual 3000mAh batteries (for 6000mAh overall), and both charge at an improved 65W. They’ll get from empty to full in 42 minutes, which is 10 minutes faster than the ROG Phone 5.

Gaming phones don’t generally have the best cameras, but at least this time Asus has equipped both ROG 6 phones with a 50MP SONY IMX766 main sensor. This has impressed us recently in the OnePlus Nord 2T and the Realme 9 Pro Plus. That main sensor is backed by a 13MP ultra-wide and a macro camera, as well as a 12MP selfie cam.