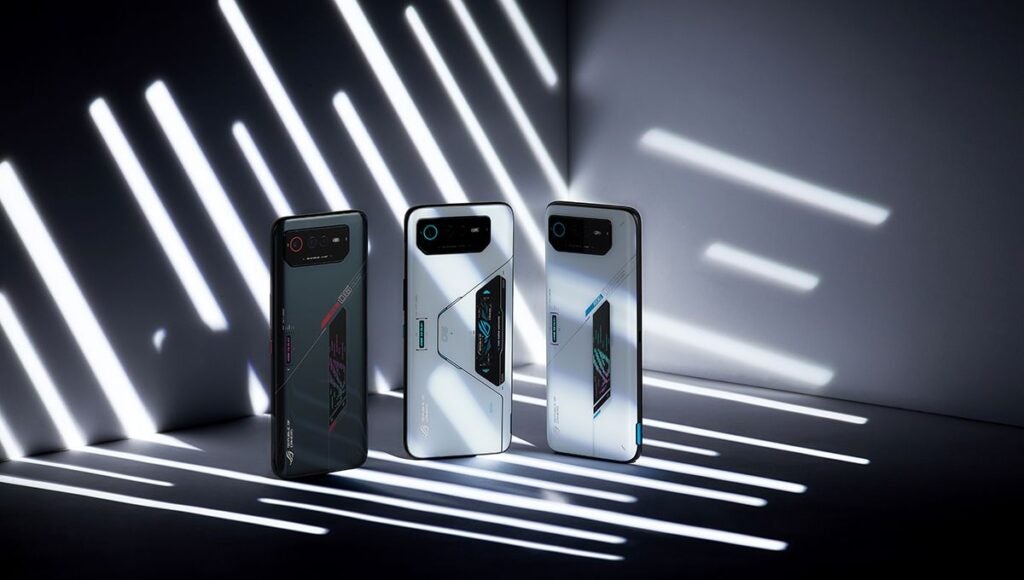 Asus has just released two superpowered gaming phones in its ROG Phone 6 series, and in this article we’ll show you how to tell them apart.

If you’re an avid mobile gamer then the chances are that you’ve followed Asus’ recent product announcement with keen interest.

The new ROG Phone series is among the very first to run on the fearsome Snapdragon 8 Plus Gen 1 chipset from Qualcomm. With the two handsets boasting phenomenal screen and battery specs, what actually separates them?

Usually the higher-end device is lavished with all of the extra features, but in this case there’s actually a surprising turnaround. Whereas the ROG Phone 6 is available in both Phantom Black (shown above) and Storm White, the ROG Phone 6 Pro is only available in the latter of these shades.

Both devices have oodles of RAM to spare, so you shouldn’t have to sweat when it comes to multi-tasking. However, there is a different if you choose the Pro version; it has an enormous 18GB of RAM, while if you’re on the standard ROG Phone 6 you’ll still have a massive 16GB to play around with.

There’s also another slight different in appearance beyond just the available colours, as you can see in the picture above which displays the two models side to side.

While the Pro edition (on the left) has a ROG Vision colour PMOLED display, which can conjure up different graphics on the back of the phone, the standard ROG Phone just has a simple ROG logo illuminated in RGB.

For many of us when we’re considering buying a product, the key difference begins and ends with the price. And where these two are concerned, that’s a very significant difference indeed.

We’ve only tested the ROG Phone 6 Pro, and haven’t yet had the chance to get our hands on the standard ROG Phone 6, so it’s too late for us to rush to judgment in choosing one over the other. Nonetheless, it certainly seems like you get a lot of bang for your buck if you opt for the ROG Phone 6, whereas the ROG Phone 6 Pro has a significant markup without the sheer qualitative advantage that you might have expected.