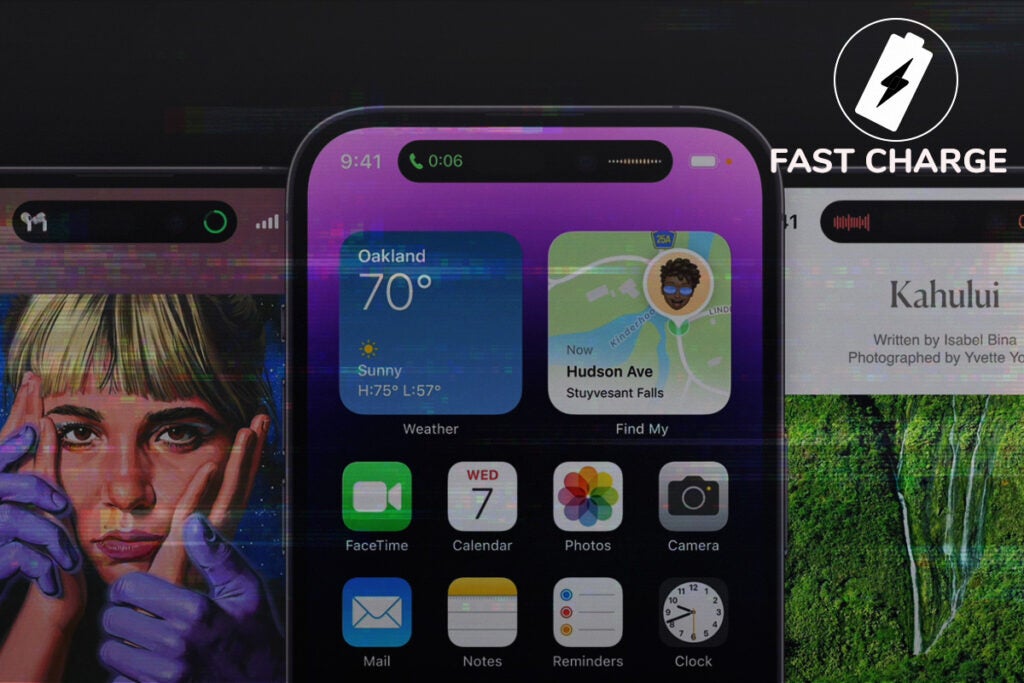 OPINION: Apple’s latest batch of products are now almost all available to buy, including the Apple Watch Ultra and the iPhone 14 Pro. But with Apple expanding the naming scheme and feature set of its wearable to entice a new audience, surely it can only be a matter of time until we see something similar happen to the iPhone line.

Since Apple announced the Apple Watch Ultra earlier in September, I have been consistently thinking about how this new naming scheme could affect the iPhone line in the future. We currently have the regular iPhone, then a Pro model with some extra features and it doesn’t take much imagination to envisage a situation where they will be joined by a third, Ultra model.

The question is, how could this iPhone Ultra – possibly an iPhone 15 Ultra – differentiate itself from the current top-of-the-line iPhone?

The most obvious direction Apple could go in with an Ultra phone would be to make that its first foldable phone, putting it directly up against the Galaxy Z Fold 4. Samsung has shown, across four generations, that there is an appetite for a phone that costs upwards of and around £2000/$2000 and I am sure Apple would love a chance to enter that market.

Currently, the iPhone 14 Pro Max – Apple’s priciest phone – starts at £1199 and while someone could pay £1749 for the pleasure, that price rise purely comes with having 1TB of storage rather than extra skills.

The foldable iPhone has been rumoured since Samsung debuted the Fold a number of years ago, but the leaks have never been very convincing and most have said it remains years away. Releasing a foldable iPhone and calling it the iPhone 15 (or 16, or 17) Ultra makes a lot of sense, and it would give the higher-end phone a distinct differentiation from the Pro models.

I’d personally much prefer Apple took this route, rather than creating a phone that looked very much like the Pro but with all the better newer features inside.

For instance, it would be disappointing if a feature like a periscope optical zoom – a key selling point of the Samsung Galaxy S22 Ultra – would be restricted to a mythical Ultra version of the iPhone at first, rather than on the Pro. Apple has already begun to heavily differentiate between the iPhone 14 and iPhone 14 Pro with their respective feature sets, and adding an Ultra version into the mix would only make this more of an issue.

For instance, the iPhone 14 lacks the newer chipset you’ll find in the iPhone 14 Pro, with it instead sticking to virtually the same one as the iPhone 13. I would assume now that this will continue yearly, with the Pro model always staying a generation ahead. A third model could eventually mean the base iPhone model of that year would be two generations behind in terms of its internals.

According to reports released in the aftermath of the iPhone 14 series launch, it’s the Pro models that are enticing the customers the most.

This doesn’t surprise me at all – the regular iPhone 14 isn’t a ‘rush out and buy it’ upgrade for many and it’s the Pro model where the true innovation lies. I’m sure this is what Apple wants, and it’ll surely only make the likelihood of an Ultra range, which customers are pushed to over the Pro, even more likely.

How to set up multiple Lock Screens in iOS 16

How to shoot 48MP images on the iPhone 14 Pro