Fast Charge: In the Apple vs Samsung copycat dispute, we’re all winners 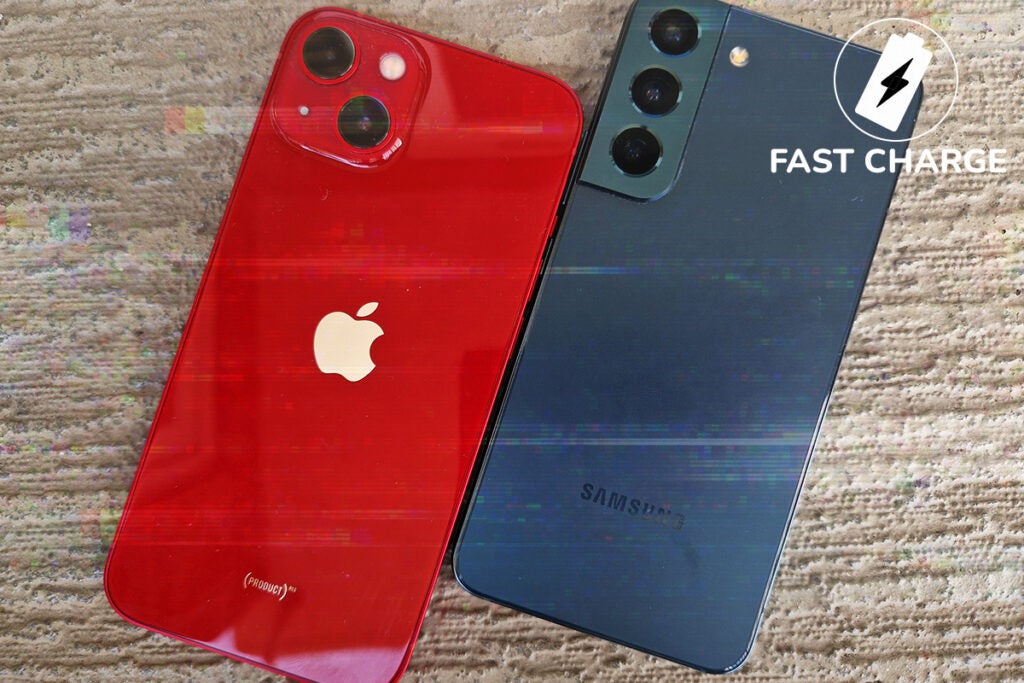 OPINION: Apple has criticised Samsung for apparently copying the iPhone, but at the end of the day it’s the customer who has come out on top.

There are two types of people in the world; those who admit to having copied other people’s homework, and those who lie about it.

Yes we’ve all done it, some more brazenly than others, and that sense of complicity is what held you back from ever grassing on a desperate classmate whose wandering eyes couldn’t help but take a cheeky mental snapshot of your answer to Question 2b.

However, this week in Technology High School, teacher’s pet Apple shot up its hand and accused Samsung of being a dirty little cheating scoundrel. No, not on this week’s end of term quiz, but a whole fifteen years ago when the iPhone was first released.

Speaking to the Wall Street Journal for a documentary about the launch of the original iPhone, Apple marketing executive Greg Joswiak said, “[Samsung] were annoying because, as you know, they ripped off our technology. They took the innovations that we had created and created a poor copy of it, and just put a bigger screen around it. So, yeah, we were none too pleased.”

However, whether Samsung meekly accepts the charge with pleading puppy dog eyes or swiftly points its own fingers across the classroom to implicate other copycat culprits, I’m frankly not too bothered. The leaps forward in smartphone technology that have been made in the fifteen years since the iPhone was first created have been to the enormous benefit of all consumers around the world, and both companies have been richly rewarded for the parts they have played in that process.

Samsung did indeed emerge on the market after the iPhone’s release with handsets that had many of the same qualities and bore a superficial resemblance. That’s what tends to happen when a company introduces a path-breaking product, and it’s a sign of the iPhone’s success that it essentially put all other phone designs on the road to obsolescence at a swipe. The world would not be a better place today if all other companies had been forced to stick with a feature phone design and condemned to languish in Apple’s shadow.

More importantly still, the product that Josniak described as a “poor copy” has flourished into an excellent smartphone range that can go toe-to-toe with any iPhone. Without the stiff competition between the two companies which is still going strong today, would either the Samsung Galaxy S22 Ultra or the iPhone 13 Pro Max be as exceptional as they are today?

In fact, when it comes to the quality of its zoom camera or the inclusion of a handy stylus, it’s arguable that in some respects Samsung is leading the flagship field. Not only this, but the South Korean brand also has a worthy range of top-selling budget and mid-range devices, while Apple’s own mid-range offering, the iPhone SE 3, looks years behind the times. Maybe it’s actually time that Apple looked over the shoulder of some of its competitors.

While it’s perfectly understandable that Apple feels a little aggrieved not to have a monopoly on the touchscreen smartphone, the consumer tech device that revolutionised all of our daily lives, we as consumers can take a broader perspective and appreciate the benefits brought by both innovation and what we’ll loosely term as “inspiration”.

Rather than being annoyed, Greg Joswiak needs to be told the time-honoured dictum repeated by countless weary schoolteachers over the years who have neither the time nor inclination to perform the relevant forensic tests to establish who copied whom: “imitation is the sincerest form of flattery.”

How to watch the Xiaomi 12S launch