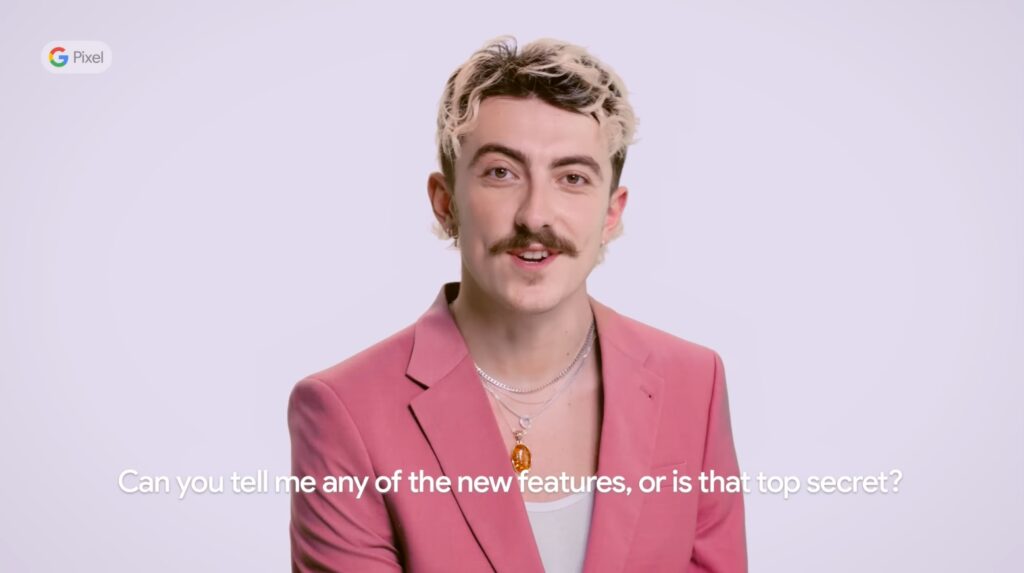 Google is gearing up for the Pixel 7 launch event on October 6 with a new video teaser, and confirmation the handsets will go up for pre-order on the same day.

In a new and heavily-censored ‘First Impressions’ video, Google has filmed the instant reactions of a few “lucky members of #TeamPixel” who are also almost certainly actors, so it also doesn’t really tell us anything. One of them is definitely an actor. As 9to5Google points out, it’s Michael Dappah, the British actor, rapper, and comedian behind the Big Shaq character.

The reactions comes from some conveniently quirky people in a number of languages, and from a number of different countries, and include the words “wow”, “nice”, “sexy”, “damn”, “extraordinary”. Tremendous.

One of the people, who were conveniently gathered in the same place to film the spot, despite clearly being from all over the world, says “I’ll be getting one of these” and another says “can I take it home.” Reassuring.

The only useful bits of genuinely useful information to come from the teaser video is within the small print, which reads: “Pre-order starting October 6.” And then the non-pixelated view of the Pixel 7 Pro in an attractive Hazel hue. Ok, excellent. As for the actual on-sale date, recent reports have suggested the on-sale date for the Pixel 7 and Pixel 7 Pro is October 18.

That’s according to Caschys Blog (and backed up by Roland Quandt), who also says the Pixel Watch won’t go on sale at the same time. That’s set for November 4, the report says. It is slightly strange Google wouldn’t launch the two devices as a pair, especially with its recent push towards improved synergy. We’ll learn everything for sure on October 6.

Will you be buying a Pixel 7 phone or a Pixel Watch? Let us know @trusted reviews on Twitter.