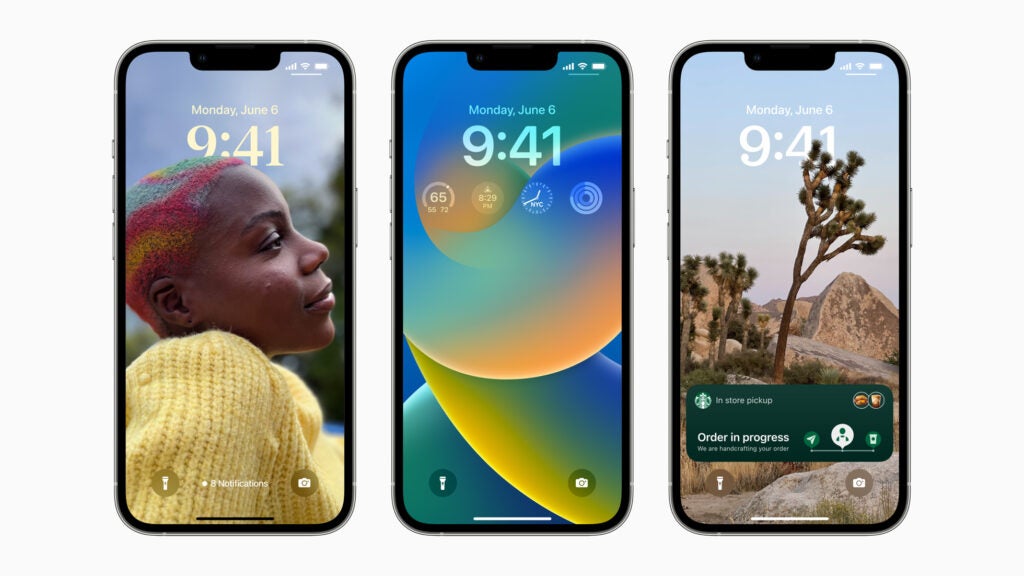 OPINION: Apple giving up ultimate control over its Lock Screen in iOS 16 is a much bigger story than it appears. The most significant revamp ever to the iPhone gateway shows Apple finally accepts that individuality matters.

With its Lock Screen changes in iOS 16, Apple is trusting users to create a look that truly represents their personality, and is giving them the ample tools to make it happen. This wasn’t always the case, and the liberation of the Lock Screen announced this week feels new and exciting.

For years, making the iPhone software your own felt impossible, beyond customising the wallpaper. The time and date has always been in the same place, in the same colour, in the same font. Notifications landed in the same spot, directly beneath the clock.

Get past the Lock Screen and everyone had the same uniform group of app icons, obediently arranged. Many were even undeletable. It was little wonder fans of rival manufacturers took great pleasure in making fun of the so-called “iClones”. We all looked the same using them.

That changed somewhat when Apple finally relented and allowed home screen live widgets in iOS 14. Perhaps seeing what the community and third-party developers had achieved in creating attractive and unique looks and layouts for the iPhone Home Screens has convinced Apple to loosen the grip on the Lock Screen too?

Perhaps it was Google initiatives like Material You in Android? Android users have always had far more customisation options, but that went to a new level in Android 12, leading to some tremendously expressive designs from users.

Whatever the reason, iPhone owners will now be able to customise the clock font and colour to match dominant colours within the image selected for the wallpaper. That photo will take preference, intelligently overlapping the clock. Widgets are coming to the lock screen and third-party apps are invited too.

Live sports scores, or even the progress of your Starbucks order will mean you don’t have to delve into an app. Notifications will build upwards from the foot of the display, ensuring your lock screen design isn’t overshadowed. You can design multiple Lock Screens for different situations or moods, or even enjoy a full screen music player with large album art.

I totally agree with my colleague Tom Deehan, who says the Lock Screen changes take inspiration from the Apple Watch and its many looks and complications. He even thinks that the snapshot Lock Screen view is so handy, it might stop people buying an Apple Watch! That might take on further significance if there’s an always-on display element to the iPhone 14 Pro, as rumoured.

Apple got over Ive

However, in my mind though, the real reason for the change runs deeper. For the longest time, the personality of Apple products conformed to the whims of one man, the company’s former design chief Jony Ive.

Since Ive’s departure, we’ve also witnessed a departure from his controlling influence over Apple’s hardware and software. We’ve seen multiple ports and beloved features like MagSafe return to Mac computers, liberating users from endless adapters and dongles. There are more colours for products like the iMac and MacBook Air too.

Sir Jonathan Ive did a lot of truly great things at Apple. His tenure made the company’s design the envy of every manufacturer – tech or otherwise – on the planet, right down to the boxes those products came in. It also made him the richest and most famous designer in the history of consumer tech.

However, as a result of that success, Ive’s stubborn hold over Apple’s design had started to restrict the company and its users. It prevented legions of dedicated Apple users from expressing their individuality, in an era when it’s never felt more important.

This iOS 16 change may seem like a small thing, but its sends a big message – your iPhone is now another vessel for you to express you; not something that exists independently of your style, vibe, or mood. To this extent – and there are many other facets to this argument – iOS 16 is now in the hands of its users.

The Lock Screen? It’s unlocked. What might be next?

UK won't follow EU iPhone Lightning port ban, but it may have no choice