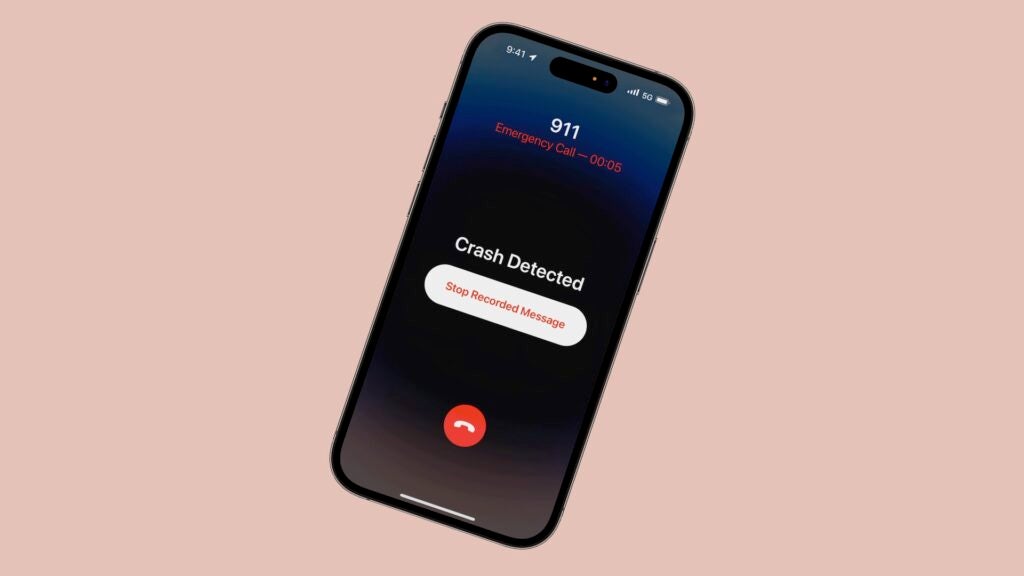 One of the big new features of the iPhone 14 line, Crash Detection, has been tested out by an intrepid YouTuber.

We knew it was coming. As soon as Apple announced its new Crash Detection feature at the iPhone 14 launch event – a feature that literally detects when you’re in a car crash – tech reviewers like us recognised that this was one hot new feature that was well outside of our remit to test.

It would be up to one of those zany YouTubers to find a way to put the feature through its paces, and so it has proved. Said YouTuber (no doubt the first of several) is TechRax, who has posted a six-minute video of a practical test involving an iPhone 14 Pro.

Rather than endanger themselves, the YouTuber uses a rudimentary full-sized remote control car set-up and crashes it headlong into a bunch of old wrecks in an open field.

Rushing over to the iPhone 14 Pro, which is mounted on the rear of the driver’s headrest, there’s a brief delay before Crash Detection does indeed kick in, with a message saying “It looks like you’ve been in a crash”. A ten second countdown is then triggered for the emergency services to be contacted (which the YouTuber cancels, naturally).