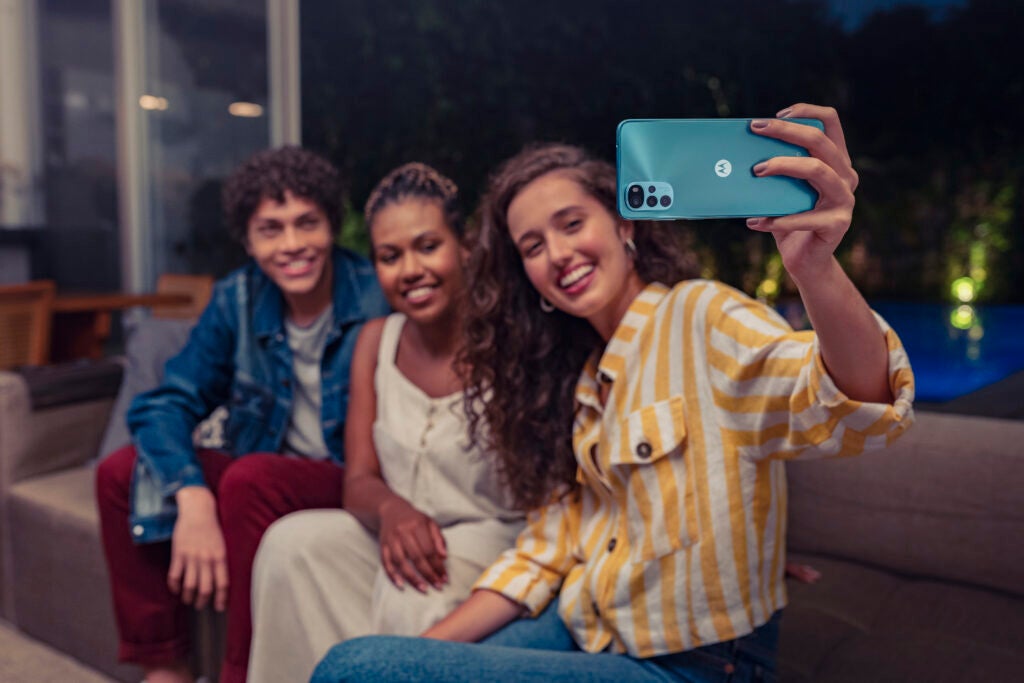 A new mid-range smartphone from Motorola, the Moto G82 5G, has leaked online.

Established leaker Evan Blass has provided details on the forthcoming Moto G82 5G, including specifications and renders, via 91mobiles.

Elsewhere there’s a 5,000mAh battery and a 33W charger, and 128GB of storage. The body, which looks much like the rest of Motorola’s 2022 range, will have IP52 certification.

On the camera front, Blass claims that he Moto G82 5G will pack a triple-sensor set-up, led by an OIS-assisted 50MP main camera. There’ll also be an 8MP ultrawide lens and a 2MP macro camera, but no telephoto.

There’s no information on pricing, but we can take an educated guess. Given the aforementioned specs, the Moto G82 5G is looking to be a direct rival to the Redmi Note 11 Pro 5G, the Poco X4 Pro 5G, and the OnePlus Nord CE 2 5G – all of which cost somewhere around the £300 mark.

Specs aside, the naming of the Motorola Moto G82 5G would appear to position it between the £220 Moto G60s and the £450 Moto G100. We’re looking at another affordable-mid-range option in an increasingly congested field.

What is Alphabet? Why Google's new parent company is big news