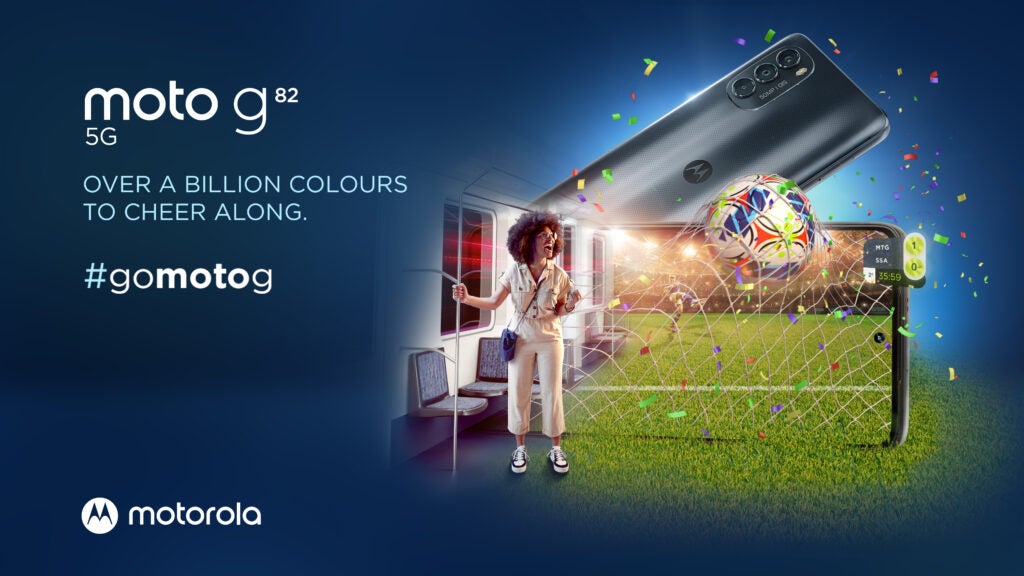 Motorola has just launched the Moto G82, and the brand claims that its display is better than that of any other Moto G phone before.

The Moto G82 5G has just been revealed by Motorola, which claims it to have “the most advanced display ever found in a Moto G” – and not without reason.

Measuring 6.6-inches, the OLED panel should deliver better levels of contrast than its LCD counterparts, while the Full HD+ resolution is as sharp as you could expect given the price. However, two key specs in particular make it something special for the Moto G range; firstly, it has a maximum 120Hz refresh rate, which should make it especially smooth as that means the display updates itself one hundred and twenty times every second. On top of that, it also has 10-bit colour depth, meaning that over 1 billion colours are supported by the display.

On top of this key feature, there are plenty other specifications that are worth your attention. Once again, Motorola has packed a beefy 5000mAh battery into the device, and what’s more it supports 30W fast-charging, so it can be topped up relatively quickly too.

The camera system consists of a 50-megapixel main sensor, an 8-megapixel 2-in-1 camera which features an ultrawide lens and a depth sensor, and a 2-megapixel macro camera. On the front, there’s a 16-megapixel selfie camera – and using Dual Capture mode, you can record from the front and rear camera at the same time.

All in all, the handset measures 160.9 x 74.5 x 7.99mm, and it weighs just 173g so is fairly lightweight. It’s got an IP52 rating against dust and water ingress, and it will be available in two colours: Meteorite Grey, and White Lily.

The 5G capability is assured thanks to a Snapdragon 695 5G chipset, which is built on a 6nm process, and that’s supported by 6GB of RAM and 128GB of built-in storage which is further expandable to 1TB via Micro SD card. There’s a 3.5mm headphone jack on board too, along with Bluetooth 5.1 and dual band Wi-Fi.

What is an S Pen?

Fast Charge: The Pixel 6a rightly looks beyond the camera