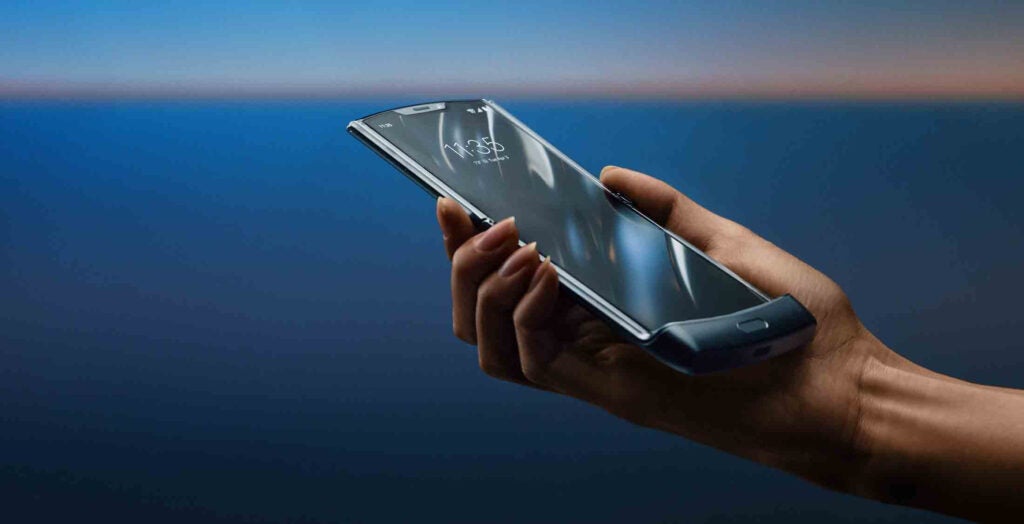 Brief footage of the Motorola Razr 3 being used has leaked onto the internet, revealing its new design.

Notorious tipster Evan Blass, aka evleaks, has posted a GIF of what appears to be the next-generation Motorola foldable (code-named Maven) in-hand.

While the footage is brief and grainy, it shows the device open on the lock screen, before being unlocked via the side-mounted fingerprint sensor, and then flipped closed. At this point, we get a brief look at the new external display.

There’s quite a lot packed in here considering the brevity of the clip. That side-mounted fingerprint sensor, for example, is new. Motorola has shunted this around to a couple of awkward rear mounted positions in the two preceding Razr foldables, so this represents progress.

The shift to a chinless design is also confirmed here. We also see the new dual-camera system on the outer lid of the Motorola Razr 3. The Razr 2 had just a single camera, meaning it lacked an ultra-wide option.

There have been numerous hints and rumours surrounding the Motorola Razr 3’s specs over the past six months or so. At the end of 2021, Lenovo officially confirmed this new foldable, which would come with a more refined design, improved user interface and a faster processor.

Then, in January, we heard claims that the Motorola Razr 3 would feature a Snapdragon 8 Gen 1 chip. Pretty standard for a modern Android flagship, you might think, but previous foldable Razrs have sported mid-range power.

An FHD+ AMOLED display with a 120Hz refresh rate has also been tipped.

Forget the Pixel 7, this Pixel 6 price cut makes it an even better buy