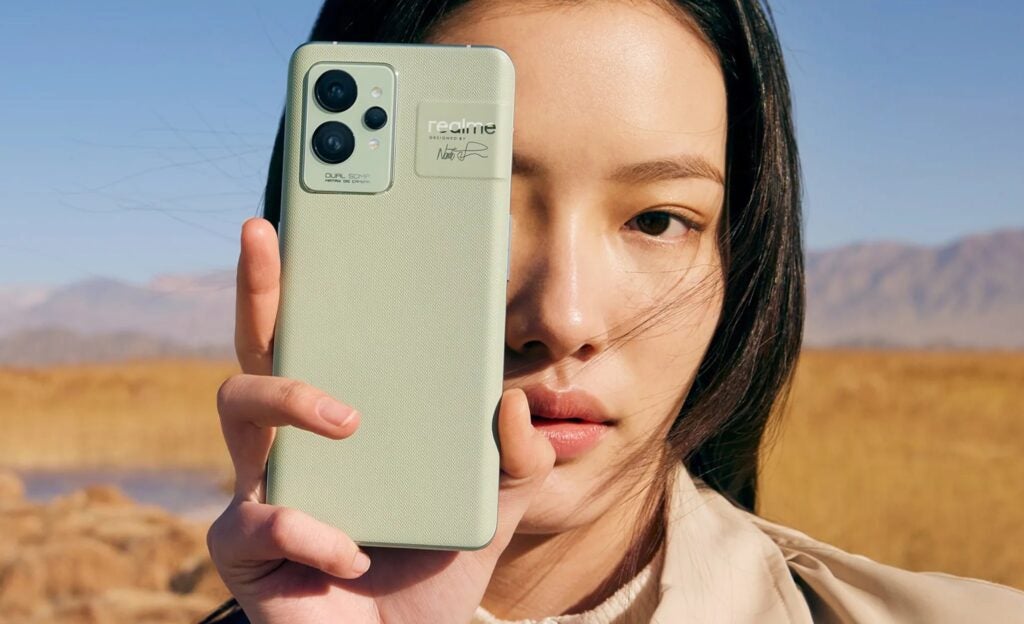 Realme is going upscale in 2022 with a true flagship phone, rocking the new Snapdragon 8 Gen 1 system on a chip. However, it might be a while before the phone is available in Europe.

The newly-announced Realme GT 2 Pro arrived at CES 2022 with that top-notch processor joined by a 6.7-inch QHD+ LTPO 2.0 display with a 120Hz adaptive refresh rate. The AMOLED panel is slightly curved and coated in Corning Gorilla Glass Victus. Realme says there’s support for HDR10+ and overall it’s earned an A+ rating from the lads and lasses at DisplayMate.

As for the cameras, the Realme GT2 Pro includes a triple-camera, featuring what the company calls the “world’s only” 150-degree ultra-wide camera (Samsung JN1) and a 40x micro lens camera. There’s also a 50-megapixel main camera based on the Sony IMX766 sensor. You’ll get a 32-megapixel selfie camera too.

The blockbuster spec sheet continues with a whopping 5,000mAh battery with 65W SuperDart charge capabilities. You’ll get Dolby Atmos speakers and the whole thing runs on Android 12, with the company’s Realme UI 3.0 on top.

It’s all part of the company’s bid to shed its budget roots with a new “go premium” strategy for 2022. The design takes a leap forward as well with a new “bio-based polymer” designed by Japanese industrial designer Naoto Fukasaw. The white and lime green versions bear his signature, while there’s also a handsome matte black version too.

The device is initially going to be available in China, but RealMe promises that Europe is next, so we’ll keep our eyes and ears peeled for the arrival of a new flagship player on these shores. Could Realme provide a surprise inclusion in our best smartphones round up for 2022? The times they are a-changing.