Samsung Galaxy Z Flip 4: All the latest rumours about the upcoming foldable 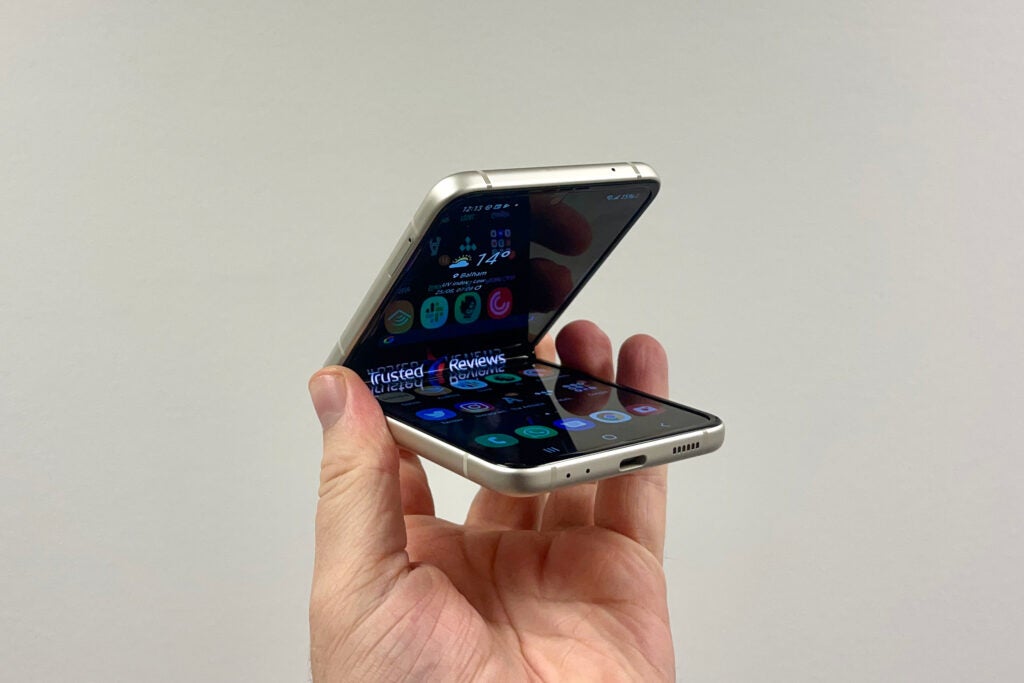 We were charmed by the Galaxy Z Flip 3, and now it looks like a sequel is due to arrive on the scene later this year. Here’s what we know about it so far.

In a world of lookalike smartphones, it’s always refreshing to see a manufacturer take a risk and try something different, which is exactly why we were fans of the Samsung Galaxy Z Flip 3, describing it as “a big jump for foldable phones.” Good news then, that a follow-up could be released in just a few months’ time. In this article, we’ve collected all that we know about it so far.

There have only been two of these devices released so far (despite their confusing numbers), and each of these were released at opposite ends of the year; the first Galaxy Z Flip in February 2020, and the Galaxy Z Flip 3 in August 2021. Nonetheless, we strongly expect the Galaxy Z Flip 4 to be released in either August or October this year, alongside the Galaxy Z Fold 4, as the second-biggest launch event in Samsung’s calendar after that of the Galaxy S22 series.

The Galaxy Z Flip series has never been a bargain buy proposition – and why would it be, given its unique design? – but it has always been at least a little more affordable than its big brother, the Galaxy Z Fold.

The Samsung Galaxy Z Flip 3 cost $999/£999, and we’d expect to see the Flip 4 stay in the same ballpark. We’re yet to see any solid rumours concerning the price tag though, and of course, we’re still far from knowing the official information just yet.

This would keep it in the same price bracket as other high-performing phones such as the iPhone 13 Pro and Samsung Galaxy S22 Plus.

We’ve not yet come across reliable renders, or even design plans of the upcoming foldable phone, but we would still strongly anticipate that it clings to a similar format as its predecessors.

Whereas the Galaxy Z Fold 3 resembled a book, the Flip 3 was more akin to the clamshell-style flip phones of yesteryear made popular by the likes of the Motorola Razr. With a small outer screen, you can then flip the device along its horizontal inner fold to reveal a larger inner screen that is similar in size and proportion to that of a typical smartphone.

Last year we were impressed by the IPX8 rating and its larger outer screen, but this time around we’d ideally like to see a dust-resistant ability added, along with an even larger outer screen so that more apps can be used without having to flip open the phone again and again.

The leaker Yogesh Brar has spoiled us with the full gamut of specifications for the upcoming device, and it’s given us a real insight into what we can expect. You can pore over the list in the tweet below:

If you compare these specs with those of its predecessor, it’s clear that a fair amount has actually changed this time around.

For starters, although the inner screen size stays at 6.7-inches, the inner screen has been enlarged a bit, growing to 2.1-inches from 1.9-inches previously. Similarly, the battery size has also expanded, going from 3300mAh to 3700mAh according to this source. Given that we’d described the Flip 3’s endurance as “good, but not great”, we are certainly heartened to see this change. What’s more, it’s apparently capable of faster wired charging this year too (25W, up from 15W).

On top of that, there’s naturally going to be an upgrade to the processor. The Flip 4 is anticipated to run on the Snapdragon 8 Plus Gen 1, which is Qualcomm’s latest and greatest silicon for mobile devices. It’s even an improvement on the impressive Snapdragon 8 Gen 1 that we’ve seen on many other flagship Android phones from this year, such as the Xiaomi 12 Pro and the OnePlus 10 Pro – this one is apparently of 10% faster speeds and 30% greater efficiency across both the CPU and GPU.

However, it still does look like there’s a lot that’s going to stay the same, or at least similar, to its predecessor. The cameras, front and back, all have the same megapixel count, the RAM and storage options are staying the same and there don’t appear to be many big upgrades made to the screen quality. Nonetheless, we’ll have to wait for its big reveal later in the year to see the full story.