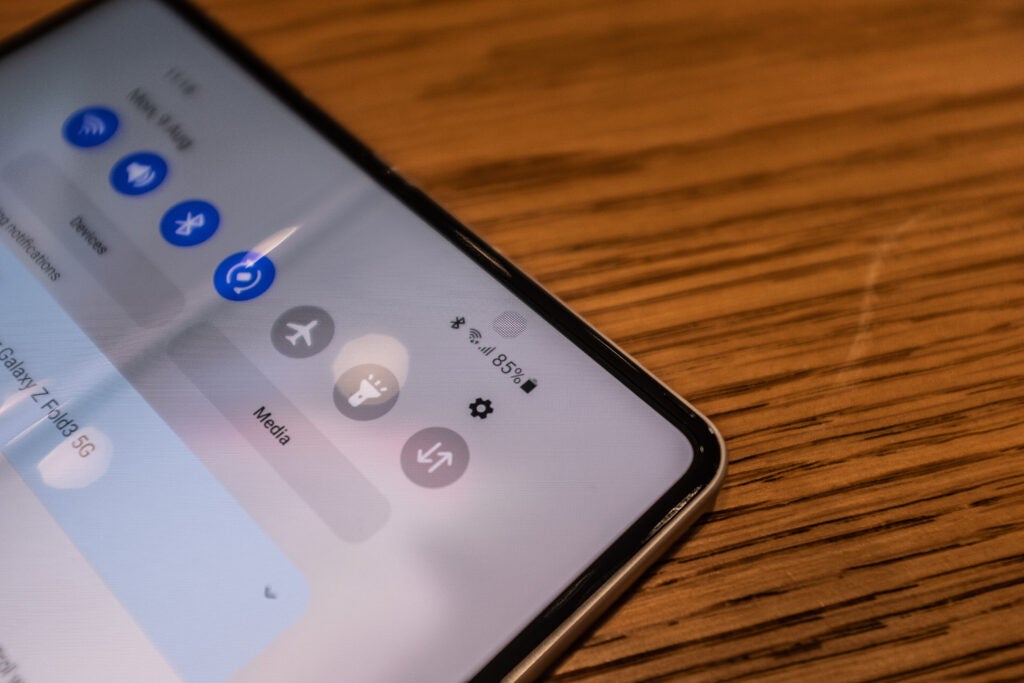 The forthcoming Samsung Galaxy Z Fold 4 is rumoured to feature a new single-hinge design that will be much more robust than before.

All three generations of Samsung’s premium foldable phone to date have featured dual-hinge designs at their core. This means that both halves of the device have separate hinge mechanisms, joined by a central strut.

Now Twitter leaker @TheGalox_ has claimed that the Samsung Galaxy Z Fold 4 will switch to a single hinge mechanism. This might sound like a minor technical detail, but a single hinge system would make the phone lighter, smaller, and more robust.

Galaxy Z Fold 4 will be Samsung’s first Foldable phone with a single hingeIt allows the device to be thinner & lighter while also saving costs and being more durable.In this picture we see the two hinges on the Z Fold 3, the Z Fold 4 will have just one in the center. pic.twitter.com/YZkiCVN6Re— Anthony (@TheGalox_) April 5, 2022

To put it another way, switching to a single hinge mechanism would go some way to addressing three of the major remaining criticisms of this kind of foldable phone.

The Samsung Galaxy Fold 3 is a fine device, and the best foldable phone yet. But it’s undeniably thick and bulky, and its hinge system (improved as it is) remains a literal weak point.

Of course, no hinge system in the world is going to make those cameras any better. Although having said that, with the space that will be gained and weight saved, perhaps Samsung will be able to afford to bring in larger and more sophisticated imaging tech for its next foldable.

With Oppo recently stepping up to the foldable plate with the slinky Oppo Find N, and with the Vivo X Fold reportedly packing in an impressive triple-camera system, the pressure would seem to be on Samsung to innovate once again.

OnePlus 10 Ultra: All we know so far about the rumoured high-end flagship