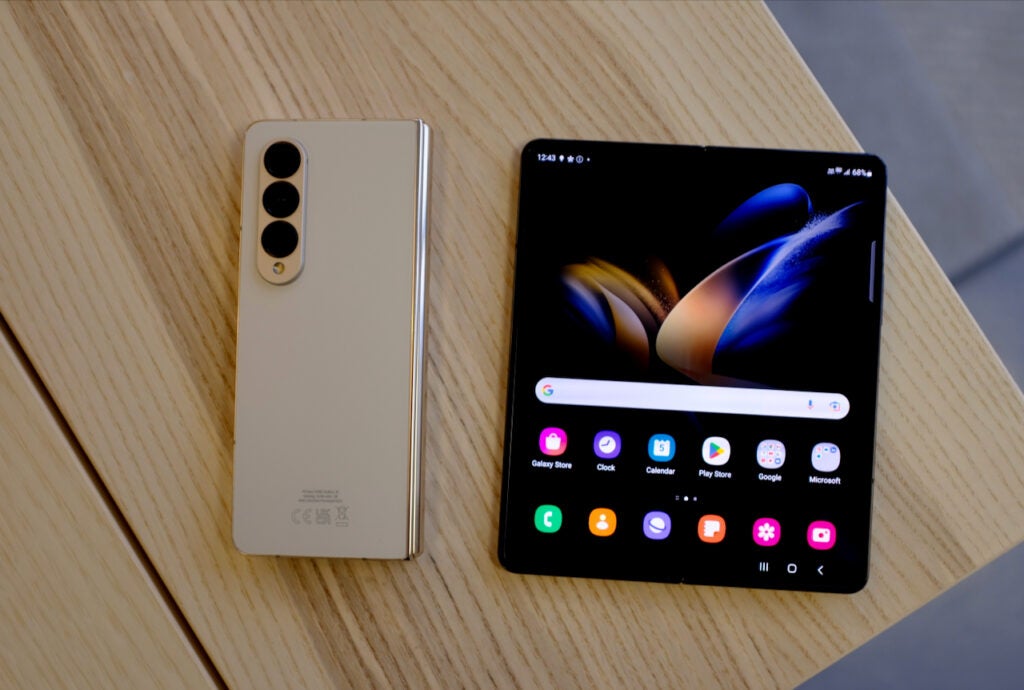 Samsung has just launched two new foldable phones, the Galaxy Z Fold 4 and Galaxy Z Flip 4, but which one is just right for you? This article highlights the three biggest differences.

You might be dying to grab one of Samsung’s newest foldable phones, and it may even be your first ever, but which one should you buy?

The format is, obviously, the key difference between the two, and this is likely to be the biggest single factor behind which one you choose to buy in the end.

The Fold opens up along a vertical axis, looking a bit like a book, with a large outer screen similar to that of a smartphone while the inner screen is of even greater size and resembles that of a tablet. In fact the inner screen measures exactly 7.6 inches, and has a smaller bezel than its predecessor so offers even more space. There’s also been large-screen optimisation put in place for popular apps, such as Facebook and Messenger, along with productivity programs such as Microsoft Office, Outlook, and Teams. There’s even been a PC-like taskbar added for ease of navigation, along with S-Pen compatibility if you’d prefer to use a stylus.

The Flip, by contrast, has a design that resembles an old-school flip-phone like the Motorola Razr, with a small outer screen on the front and a larger inner screen that’s about the size of a typical smartphone screen. The outer screen has been significantly refreshed in this generation, now letting you more easily deal with notifications and use widgets without having to open the device for all its functionality. What’s more, in ‘flex mode’ (half way between open and closed), you can use a multi-window approach with your apps.

Both of these formats have their advantages and disadvantages, so you’ll have to think this one through carefully before making your pick.

Another important difference between the two is the camera specifications.

The Fold has an impressive main camera arrangement that consists of a 50-megapixel main camera, a 12-megapixel ultrawide lens, and a 10-megapixel telephoto sensor with 3x optical zoom. It’s a versatile arrangement for sure, and we’re hoping that it hits similar heights to the likes of the Samsung Galaxy S22 Plus if not the Samsung Galaxy S22 Ultra once we’ve had the chance to try it out.

Meanwhile the Flip has also seen some upgrades, with the sensor now being 65% brighter than that of its predecessor, and once again Flex Mode can come in handy to mix up the types of shots you can take with the device, with one of its best uses perhaps being for Instagram reels.

However, putting all these pros and cons aside, you may find that the blunt price of the two is enough to make the decision for you.

While the Flip costs £999, an expensive price that’s nonetheless on the level of many other top flagships around, the Fold costs an exorbitant £1,649. You have to have a lot of spare cash lying around if you want to buy yourself a Fold, as many customers will simply priced out from buying it.

Ultimately, these phones serve different purposes due to their format; if you’re looking for a neat little novelty that will catch the eye then the Galaxy Z Flip 4 has your name on it, but if you want a smartphone and tablet all-in-one then the Galaxy Z Fold 4 is more up your street; and while it seems to boast superior camera specifications to its smaller sibling as well, it also costs a bundle more.

However, these are just our earliest impressions after spending a limited time with the handsets, so check back to this page to read our final verdict once we’ve put them through their paces in our rigourous reviews.

What is a foldable phone?