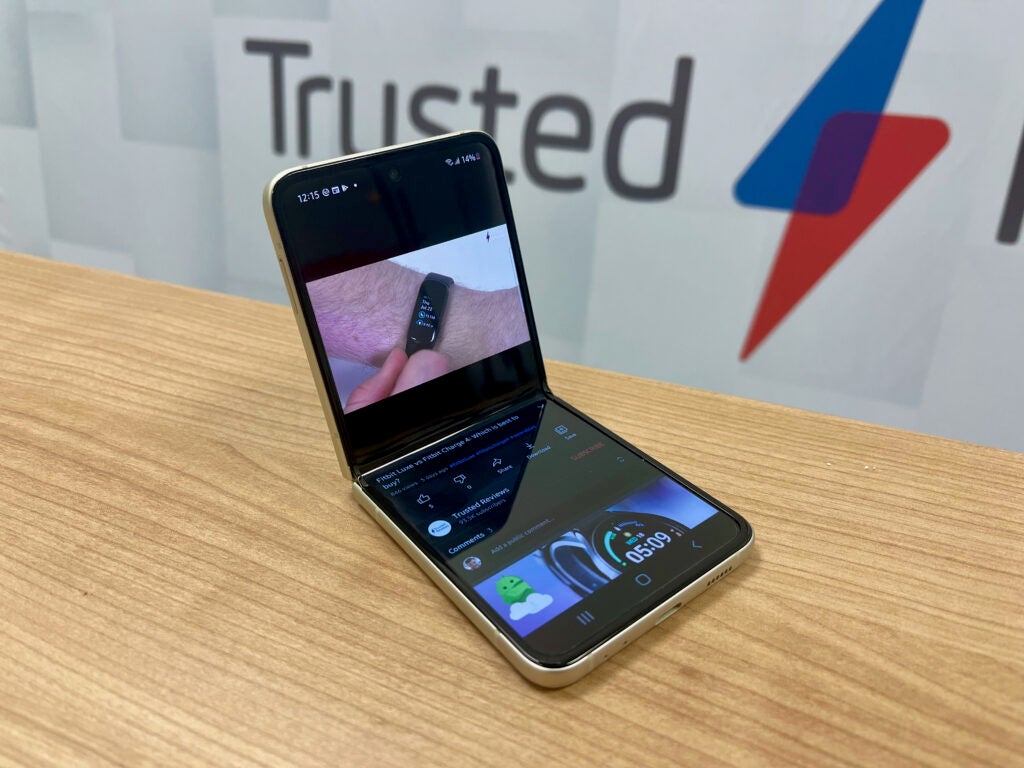 Just over a week out from launch, Samsung has issued an “Official Trailer” video for the Galaxy Z Flip 4 and Galaxy Z Fold 4.

The manufacturer will be holding its next Unpacked event on August 10 at 2pm UK time. The focus for the event will be Samsung’s next generation of foldable phones, which will include the follow-ups to last year’s Samsung Galaxy Z Flip 3 and Galaxy Z Fold 3.

Samsung’s new video expands upon the teaser footage released at the announcement of the Unpacked event a couple of weeks ago. It’s only 40 seconds long, but it packs all the dramatic music and vaguely aspirational taglines you could want from teaser trailer for a new smartphone product.

“Some things are greater than others,” it states as we catch a glimpse of a pair of the angled phone displays of the Samsung Galaxy Z Flip 4 and Fold 4 glinting in the dark. “New ways to work and play” appears as the the Galaxy Z Fold 4 is shot with an angle and lighting that makes it look a bit like an open laptop.

“New ways to capture life” and a flyby of the cameras makes us hope that Samsung has addressed the major shortfall in last year’s otherwise excellent foldable range.

“New experiences that will forever change our behaviour” sounds vaguely terrifying, while “Flex is greater than flat” threatens civil war with its own Galaxy S range.

“Get ready to experience greater” on August 10. We’re looking forward to it.

iPhone 14 Pro rumoured to use superior OLED to iPhone 14