Samsung’s Infinity-O display explained: What does it mean? 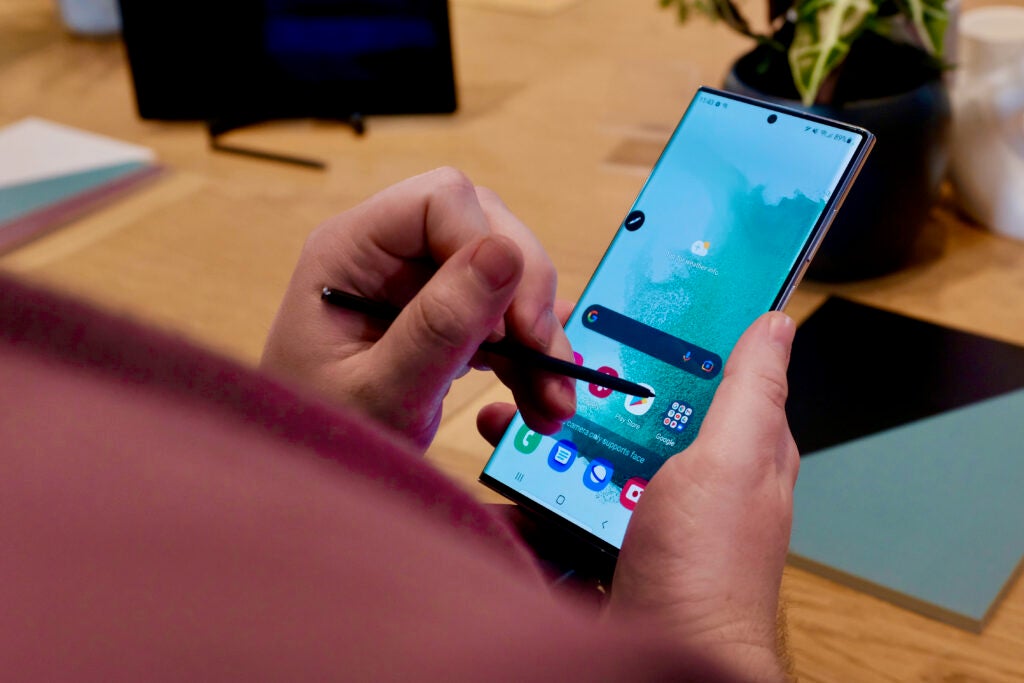 Samsung recently announced its latest S Series phone, the Galaxy S22, featuring the brand’s Infinity-O display. But, what does that mean?

One thing all three phones have in common is their Infinity-O name. But, what does Infinity-O actually mean and where else can you find it across Samsung’s mobile catalogue?

What is Samsung’s Infinity-O display?

Infinity-O is Samsung’s name for the hole-punch display found on many of its flagship phones, including the S22, S21 and Note 20 devices.

The Infinity-O is actually the latest iteration of Samsung’s Infinity display, which first appeared on the Galaxy S8 and S8 Plus back in 2017. The original idea was to create an almost bezel-less screen for a more immersive viewing experience in landscape mode.

In 2018, Samsung brought out the Infinity-O, which shrunk the top bezel even further by moving the camera into a laser-cut hole at the top of the display.

The Infinity-O screen has the same immersive feel as the original Infinity one and Samsung uses pixel allocation around the punch-hole cut-out to ensure nothing gets hidden when you’re browsing the internet or scrolling through social media apps.

It also allows the phone to have a larger display without necessarily increasing the size of the device and many Infinity-O displays include fingerprint scanners embedded into the screen.

Which phones have an Infinity-O display?

The first phone to feature the display was the China-exclusive Galaxy A8s, though plenty of flagship devices available in the UK and US followed.