Sony Xperia 1 IV vs Samsung Galaxy S22 Ultra: Which is the ultimate Android? 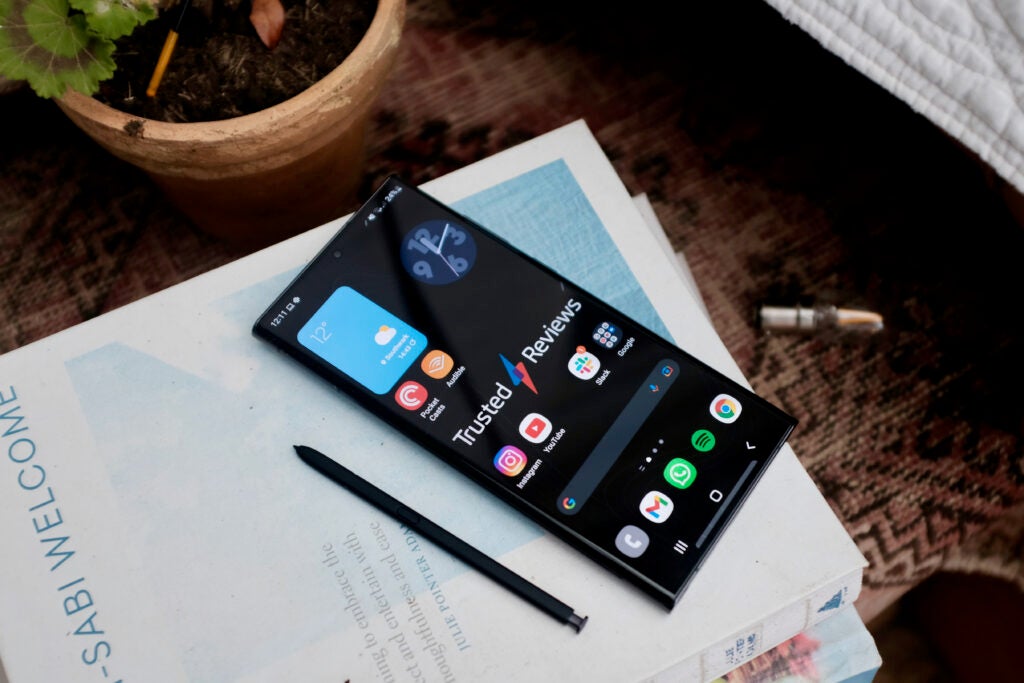 Sony and Samsung have both released feature-packed Android handsets that push the limits of performance, but which one is the best fit for you?

When it comes to Android smartphones, two of the biggest names in the business are Samsung and Sony. This year, both of them pulled out the stops with their flagship handsets, which are uncompromising beasts that have virtually every feature you could imagine.

However, there are still some significant differences between the two, and each has its own strengths and weaknesses. Based on our review of the Galaxy S22 Ultra, and the specifications announced for the Sony Xperia 1 IV, this article breaks down each key area to see which ones comes out on top.

The Samsung Galaxy S22 Ultra is, without question, a big boy. With a screen measuring 6.8 inches and a weight of 229g, it’s actually quite difficult to use it with just one hand due to its unwieldiness.

There are some notable improvements here when compared to its predecessors, such as the satin rear that’s more resistant to fingerprints and the introduction of the onboard S-Pen stylus, but it does still feel a bit boxy. Not only is it big; it’s tough too, with an IP68 rating for water and dust resistance, Armour Aluminium on the sides, and Gorilla Glass Victus+ on the front and back.

That’s not necessarily a bad thing, though. We particularly like the fact that Sony has bucked a few recent trends in keeping with a 3.5mm headphone jack and expandable MicroSD storage, although the 21:9 aspect ratio screen will continue to divide users, as it might be perfect for films but it can feel a little cramped in other contexts. The Xperia 1 IV has an IP 65/68 rating.

The screen is a major strength of both of these smartphones, so if watching movies or playing games is your top priority then it may be a difficult decision to choose between the two.

The S22 Ultra’s screen is fantastic, with a 1Hz-120Hz variable refresh rate that keeps things looking smooth, a 240Hz touch sampling rate for responsive gaming, brilliant HDR chops, and a pin-sharp 1440p resolution. Even the likes of lush nature documentaries better suited to big television screens still felt suitably immersive on this one.

For all the impressive specs of the S22 Ultra, the Xperia 1 IV offers one that you won’t find anywhere else, and that’s a 4K OLED HDR display. The Xperia 1 II’s display highly impressed up so we hope that this one continues in a similar vein; however, we’re just keeping our fingers crossed that the adaptive brightness has been improved a bit this time around.

This array makes it one of the best camera phones around, with shots from each of the lenses looking incredibly sharp and detail-packed. There’s a particular focus on zoom, which is where the S22 Ultra really excels compared to its peers. Take a look at the selection of shots below to see the cameras in action:

Meanwhile, it’s seemingly the cameras that have received the biggest upgrade on Sony’s new handset. Although there are still three 12-megapixel sensors on the back, a lot else has changed; the zoom lens now has an 85mm-125mm optical zoom, while all three sensors now have Sony’s excellent eye auto-focus and object-tracking, plus the ability to shoot 4K HDR video at 120fps. We’ll need to test it out before delivering our verdict, but early signs are encouraging.

Both of these phones are powerhouse handsets too, rocking some of the most powerful Android silicon around. There are two variants of the Samsung Galaxy S22 Ultra, one with the Exynos 2200 (which is sold in Europe) and one with the Snapdragon 8 Gen 1 (which is sold in many other countries). You can see the benchmarking performances below, with CPU scores measured by Geekbench and GPU scores measured by 3D Mark.

In our experience of using the Exynos 2200 version of the S22 Ultra, we found that it felt very fast and rarely got hot, even when running demanding games such as Geshin Impact. However, we did also experience some irritating software bugs during our time using the phone, which have hopefully been fixed since that initial launch period but were nonetheless concerning.

We’ve not yet put the Xperia 1 IV through its paces, but we would expect similarly high performance standards from it too – but it’s only when trying it out and running a variety of day-to-day apps on the device that we can determine its true abilities.

Both handsets have a beefy 5000mAh battery, but that’s not necessarily to say that they will deliver the same levels of endurance.

When we used the S22 Ultra as our main smartphone, we found that it had “good, but not exactly groundbreaking” battery life. Keeping it on its highest settings and using it regularly, we found that it did just about get us through the day but without much time to spare. Even though there’s no charger supplied, it is capable of 45W fast-charging, which fully topped up the battery in around an hour.

The Xperia IV’s battery is 500mAh bigger than that of its predecessor, so we’re expecting some modest improvements to performance. That said, we were already fairly content with the battery of the Xperia 1 III, which we found would usually get us to the end of the day with 10-15% to spare. Neither a charging brick nor even a cable are supplied in the box with this handset, but it is capable of 30W fast-charging as a maximum.

We’ve not yet put the Sony Xperia 1 IV through our full and rigorous review process, so we can’t deliver a final verdict. However, based on what we know so far in addition to our direct experience of the Galaxy S22 Ultra, it’s clear that this will be a tough choice.

There may not be large margins to separate the two when it comes to performance, screen or battery, but the two key elements that count could be the design and the camera.

The former of these is a matter of personal taste, and while plenty of customers could be attracted by the practical touches of the Xperia 1 IV, they could also be turned off by its unusual shape. However, crucially, it will have to significantly up its game compared to the S22 Ultra when it comes to the camera if it is to be seen as the superior choice.

Forget the Pixel 7, this Pixel 6 price cut makes it an even better buy