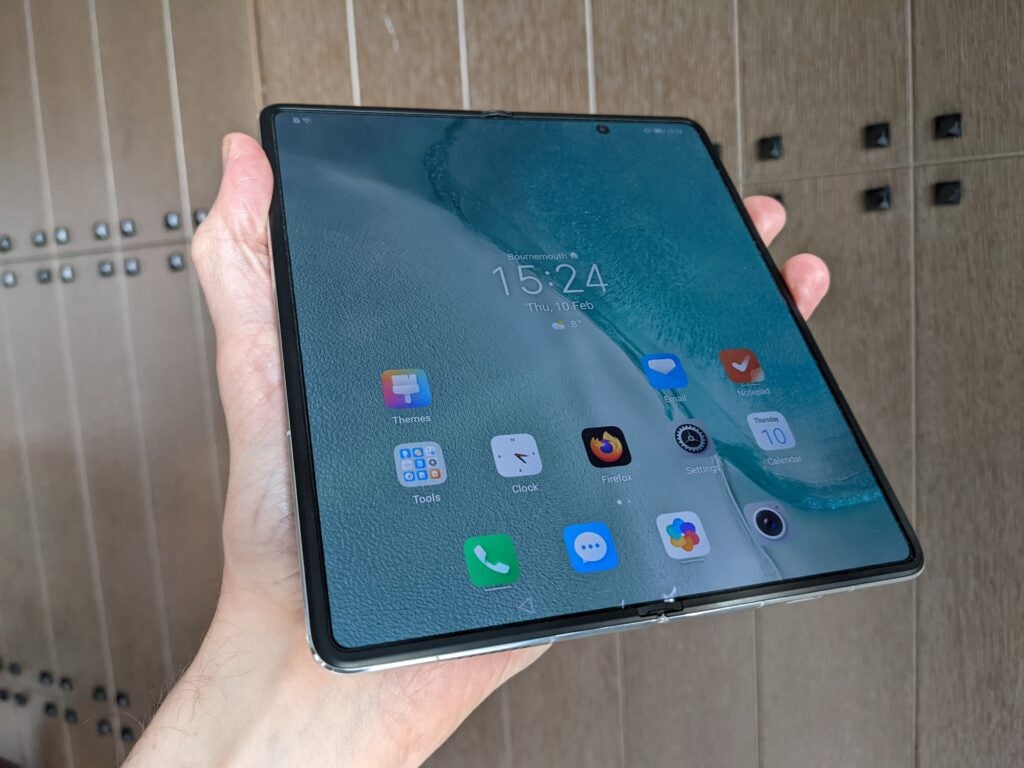 OPINION: The Honor Magic V strongly resembles the Samsung Galaxy Z Fold 3, but can it be a true rival to this premium foldable device? Here’s what we think after some hands-on time.

Now that smartphones increasingly resemble each other in terms of design, and the best phones only can be distinguished from each other by the finest of margins, the introduction of foldables has been a breath of fresh air to an otherwise predictable market.

Yes, the form factor saw some alarming teething problems to begin with, and the earliest examples of the tech very much felt like prototypes or works in progress, but it increasingly seems that widespread adoption of the format could be just around the corner.

However, despite some inroads from the Motorola Razr and the Huawei P50 Pocket, most of the attention in the sphere has been glued to Samsung’s interpretation of foldability, the latest generation of which included the Galaxy Z Fold 3 and the Galaxy Z Flip 3.

But a new challenger is about to emerge; the Honor Magic V.

Formerly a sub-brand of Huawei, Honor has since separated from its parent company and is now back on the block, complete with Google Mobile Services, and is determined to hit the heights of its past glories. Having been impressed by the Honor 50, I was delighted to get the chance to try out an engineering sample of the upcoming Honor Magic V.

The form factor closely resembles the Galaxy Z Fold 3, appearing at first glance to be a long but thick smartphone — until you open it up fully to reveal a tablet-sized screen within.

The rear panel had a pleasingly glossy design that caught the light well across the ribbed-textured surface. There’s also a considerably large camera module on here, and my very early impressions of its performance are good too, though it’s far too early to give a verdict.

Once flipped over to the front, the outer screen is immediately impressive. With minimal bezels and only a holepunch selfie camera at the top, this feels just like a standard smartphone screen, with a 21:9 aspect ratio that’s shared by non-foldables such as the Sony Xperia 1 III.

This is to say that it did not feel at all compromised due to its role in the design; you do not feel obliged to open up the tablet every time you want to do something useful with it, and you could spend your whole day just using this screen if you so wanted. This excellent use of space could really push it above the rest of its competitors.

While of course the device is thicker than a standard smartphone when it’s clammed up, it didn’t feel prohibitively bulky by any means. If you’ve got deep pockets (of the literal but likely metaphorical kind too — though prices are yet to be announced), you’ll probably slide this in without a problem. It felt robust, not vulnerable to misuse, and the magnets clamping the screens shut felt very firm. Moreover, when closed there was no noticeable gap between the screens where dirt or dust could drop in.

The benefit is in the display

Finally, the main event: once fully opened out, there’s a tablet-sized screen to enjoy. They say it’s what’s on the inside that counts, and by that measure the design succeeds once again.

The large screen is only interrupted by one very small selfie camera cutout at the top right, but otherwise offers the kind of large-screen experience that you cannot get on a standard smartphone, and will be enjoyable for watching content and useful for doing work on the go. There is a slight bump in the middle of the screen, but in my time using it I found no sensitivity problems in this area of the screen, and it is hardly noticeable once you’re engrossed in using the screen.

Overall I was greatly encouraged by this experience of using the Honor Magic V for two reasons; firstly because it is a strong execution of the design in its own right, and secondly because it could actually give Samsung a run for its money in a way that we haven’t really seen yet in this emerging foldables market.

It goes without saying that we’ll have to put it through our full review before coming to any firm conclusions about its performance, but based on my experience so far I am very much looking forward to putting it through its paces.

What is Apple Tap to Pay?

Samsung One UI 4.1: Here are all the best new features