Trusted Recommends: A Sony vlogging camera and an ADO e-bike are high scorers 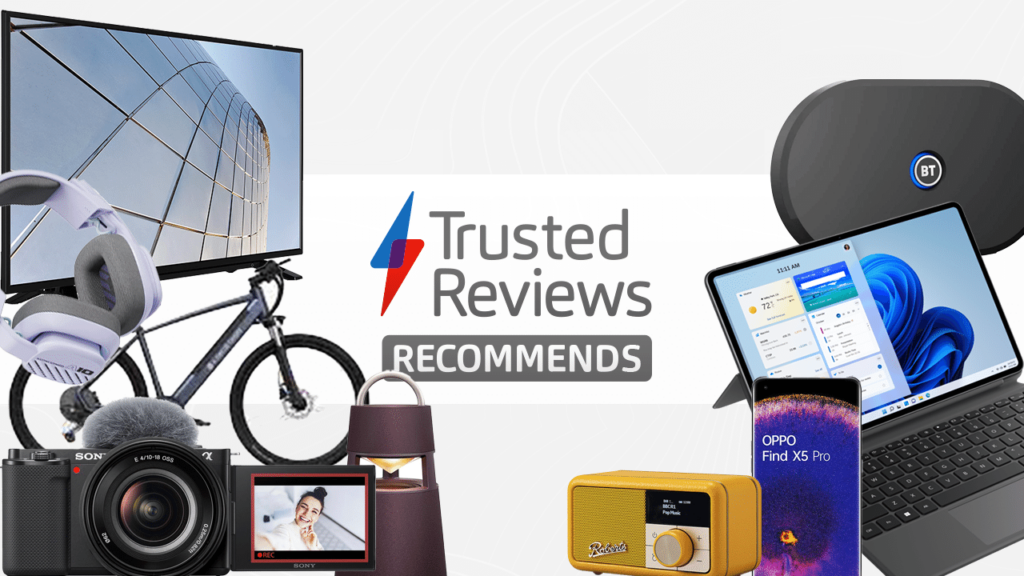 It’s time for another edition of Trusted Recommends. As always, we’ve rounded up all the top scoring tech from the last seven days for you to check out.

This week, this list includes a flagship smartphone, a 360-degree speaker, a vlogging camera and even a hybrid e-bike. Read on to discover all the products that impressed our reviewers this week…

It lacks some of the refinement of the Samsung Galaxy S22 for a similar price, but the Find X5 is still a fantastic mainstream phone.

Next, we’ve got the LG RP4 XBOOM 360. This portable Bluetooth speaker offers a big sound and the size of it means it’s capable of some decent low-end extension, too. The speaker features a robust design, 360-degree sound delivery and even a range of mood lighting modes and DJ sound effects.

This speaker isn’t small but it’s still portable, meaning you can take the party with you.

The Toshiba 43UL2163DB is one of four 4K and HD Ready TVs released by Toshiba at the end of last year that combines high-end features with an affordable price tag. The TV takes advantage of Toshiba’s TRU Micro Dimming and TRU Resolution tech, along with both Dolby Vision and Dolby Atmos support.

You’ll need to connect an Echo speaker to chat with Alexa, but this TV packs a handful of premium features at an accessible price.

The Revival Petite is the latest addition to Roberts Radios’ sixty year old Revival line, and features the same colourful, retro design and vintage-inspired details as its bigger siblings.

However, just because it’s small doesn’t mean it can’t offer big sound. The battery life is impressive too, outperforming Roberts’ 20 hour claim, though there’s no support for fast or wireless charging on board.

The Huawei MateBook E is a great two-in-one laptop, featuring an OLED screen and support for the Huawei M-Pen 2. This laptop is super portable and great for anyone working on the go, with the included keyboard meaning you can use it as a laptop out of the box.

While the underwhelming battery is a little disappointing, the great all-round performance makes this an easy choice for anyone looking for a combined tablet and laptop experience.

The first of our 4.5 star reviews is the Sony ZV-E10. This mirrorless camera is a fantastic entry-level choice for aspiring YouTubers and vloggers. Not only is it small and lightweight, but it supports 4K video and is packed with useful features, like digital image stabilisation and real-time autofocus tracking for eyes and faces.

The ZV-E10 lacks the in-body optical stabilisation offered by pricier models, but it does work with supported lenses, allowing its performance to be adapted and improved.

The Astro A10 Gen 2 is the successor to the original Astro A10 headset. The Gen 2 features the same affordable price as its predecessor, but with an overhauled design. The headset is lightweight and flexible and, while there’s no Bluetooth support, it packs an impressive microphone and balanced audio.

All of the above makes it a fantastic choice for anyone in the market for their first gaming headset.

The BT Hybrid Connect is a broadband add-on that allows you to use the EE 4G network as a backup when your internet goes down, whether you’re in an important meeting or you’re streaming a film.

The Hybrid Connect offers excellent nationwide coverage and speeds to back up your main connection at a good price, though the system is sometimes slow to switch over.

The ADO D30 hybrid bike is a step-up from ADO’s other e-bikes, offering significantly better build quality and a smoother ride.

It’s pricier than the manufacturer’s other bikes, but its powerful motor and wire-controlled shock absorbers nevertheless make it a great choice for your commute.