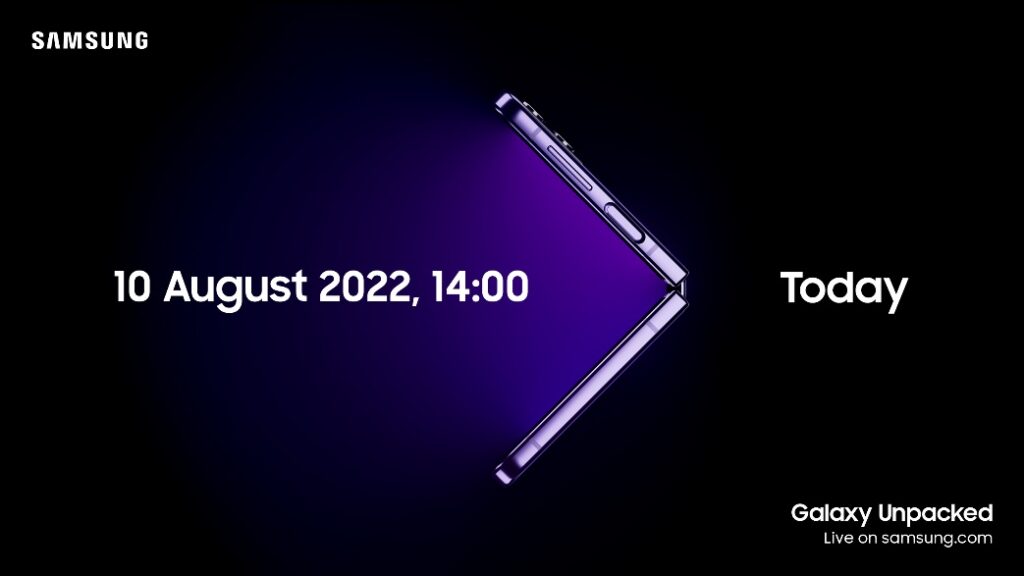 Samsung has announced that it will hold an exciting new event in August this year, and these are the announcements we expect to see when it kicks off.

Samsung, one of the biggest technology companies in the world, has just announced that it will soon host an event named Unfold Your World, where we expect to see some exciting new products unveiled. Based on the title alone, it won’t surprise you to hear that we expect new foldable devices to take centre stage, but that’s not all we might see on the big day.

When is the Samsung Unfold Your World Event?

How can I watch the Samsung Unfold Your World Event?

There’s more than one way to watch this event. You can follow it live on Samsung’s official website, or you can stream it on Samsung’s YouTube channel. What’s more, Samsung has announced that it will post regular updates on the Samsung Newsroom ahead of the event.

What will we see at the Samsung Unfold Your World Event?

These are the three key product launches that we expect to see at the event:

Samsung Galaxy Z Flip 4: First of all, we expect an update to Samsung’s small and svelte foldable phone. Among the rumoured changes, we could see an enlarged outer screen, a larger battery, faster charging and, naturally, an upgraded processor.

Samsung Galaxy Z Fold 4: The Fold, Samsung’s large-scale foldable, is also set for a sequel. From what we know so far, the hinge could be redesigned to save more room for the external screen, while the other upgrades appear to mostly focus on the camera, including the introduction of a 50-megapixel main sensor replacing the previous 12-megapixel snapper.

Samsung Galaxy Watch 5: Finally, we also expect to see Samsung’s next premium wearable unveiled around this time of year, and this event may be the ideal time for its launch. Based on the rumours we’ve seen so far, you can expect some specs upgrades such as increased battery life and a skin temperature sensor; however, the innovative digital bezel may be removed from this generation.

OnePlus 10T has been confirmed and it's coming very soon

Samsung says foldables ready for the mainstream after 10 million sales