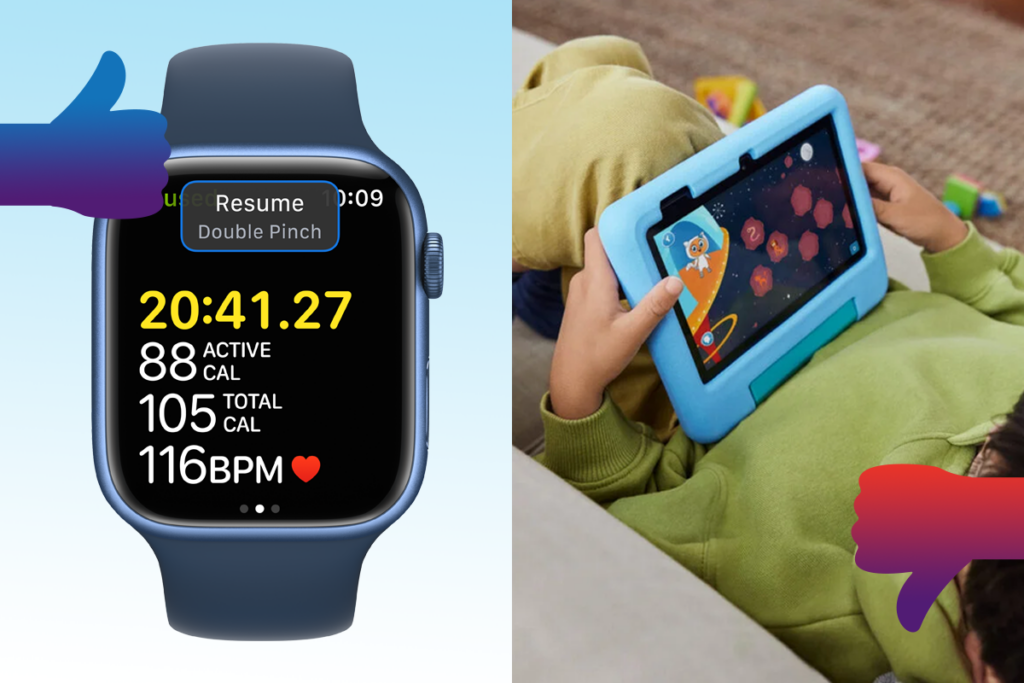 This last week has been a busy one for mobile brands, in particular. Huawei updated its flagship foldable line with the Mate Xs 2 and launched its premium Watch GT 3 Pro smartwatch, along with three other wearables.

Qualcomm, meanwhile, unveiled its Snapdragon 8 Plus Gen 1 and Snapdragon 7 Gen 1 chipsets, as OnePlus came out with the Nord 2T, Nord CE 2 Lite and a pair of Nord Buds and Vivo gave its X80 series a global launch.

However, none of the above companies earned winner and loser this week. Instead, we’ve given the titles to Apple and Amazon. Keep reading to discover why…

This week’s winner is Apple after the tech brand shared an early look at a number of accessibility features coming to iOS and watchOS devices later this year.

One of these features is Door Detection, which can tell people who are blind or have low vision how far away a door is, if its opened or closed and what mechanism is used to open the door all using the iPhone’s camera.

The company also previewed Apple Watch Mirroring, a feature that allows users with physical and motor disabilities to control their Apple Watch from their iPhone. This means they can access existing assistive features like Voice Control and Switch Control on the wearable.

The third major accessibility update coming to Apple devices is Live Captions. Soon iPhone, iPad and Mac users who are deaf or hard of hearing will be able to auto-generate live captions for any audio content, from FaceTime calls to social media apps and in-person conversations.

Apple says the above features will be rolling out later this year, meaning we can likely look forward to seeing them arrive with iOS 16 this autumn.

Our loser this week is Amazon after the company revealed that its new line of Fire 7 tablets would be marketed at a higher price.

Of course, the tablet isn’t short of upgrades to defend this higher price. The new Fire 7 is 30% faster than its predecessor and packs twice the RAM at 2GB. It also has a 40% better battery life than the last Fire 7, and can be charged via USB Type-C instead of the old Micro USB standard.

Amazon has also released an update to its Fire 7 Kids tablet. The new model comes with a redesigned kid-proof case, a two-year guarantee and one year of Amazon Kids+ for access to age-appropriate content from National Geographic and KeyStageFun.

This time, parents can also choose between 16GB and 32GB of storage, as is available with the standard Fire 7.

As far as our losers go, a small price hike isn’t the worst news. However, it’s still quite frustrating to see Amazon’s Fire 7 prices raised across the board, particularly given the rising costs of living and the already increasing prices of some streaming services you probably plan to download on the tablet.

Hopefully, the speed, performance and battery improvements Amazon is advertising, along with the new USB port, are worth the extra cash the tablets are selling for.

Fast Charge: The iPhone 15 is too late for USB-C